It wasn’t too long ago that riding a bike was one of the more unfashionable things you could do but with governments keen to push green living, the amount of cycling commuters is now quite frankly staggering. It could be said that this is one of the reasons why there has been a huge increase in interest in biking holidays, with couples in particular keen to hit exotic locations and see the sights with their bike.

Bearing the above in mind, we’ve now compiled a list of our three favourite bike track locations in the world. Admittedly, it’s going to be difficult for you to ditch the traditional beach holiday for one of these options, but just be aware that the hobby is turning into a global phenomenon and taking your bike on your travels is now becoming one of the more fashionable things to do.

Of course, before you read on, some preparation is required before you venture off into the wilderness on one of these tracks. Most of the suggestions will require you to have a specialist bike for you to even consider tackling the routes, whether this means getting hold of standard mens mountains bikes or one from a specific brand, such as Scott road bikes. 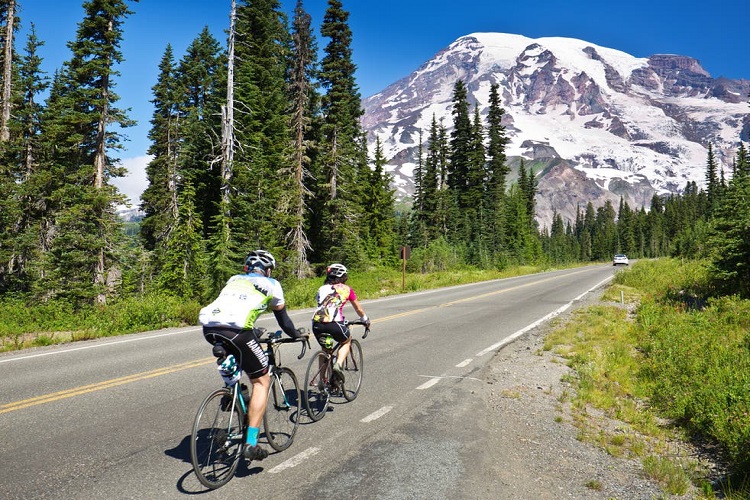 While we don’t exactly endorse lugging your bike all the way across the world with you, if you can make it to Australia the Great Ocean Road route is arguably the most impressive in the world. It’s not exactly for the faint-hearted, with its total span being just short of 250km, although there are shorter tracks you can take if you so desire.

The beauty of the route is undoubtedly its variety and unlike many tracks which have just the one focal point, this has several. Its main selling point is its ocean views, although deeper into the route you will find yourself cycling through rural farms and wetlands. Any surfers out there could be advised to time their trip and hit Bells Beach – which is regarded as the surfing capital of the local Victoria region.

For those looking for a shorter route, this track based between Idaho and Montana could be advised. Again, the scenery is second to none although at 24km, this is a track that can be performed in a day.

The star attraction of this route is unquestionably the rail aspect, with the track based upon a disused railroad. It ventures in and around the countryside, around the mountains and perhaps most impressively, through no fewer than ten tunnels. One of these tunnels lasts for over a tenth of the journey and this is something that often appeals to children. Therefore, if you are going with the family, the Hiawatha bike trail could be the way to go.

The name of this route suggests that it is quite something special, and the Great Divide is exactly that. Separating the US and Canada, this trail has been included due to its sheer difficulty. Only the most serious bikers should even consider attempting it, with the total route being almost 4,500km long. To add to this, it’s barely a flat track, and very few people will manage to stay on the bike amongst all of the steep hills.

Nevertheless, if you have tried other routes and want to be classed as a serious cyclist, this is the destination to hit. If you complete it, you will be lauded as a master of the bicycle (and an incredibly fit person at the same time)!

Taking a flight to Singapore? These Singaporean delicacies are a must try

Why you Should Go to Vacations in Ship Next Time?

Where to Stay in India